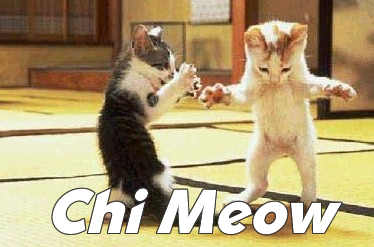 For over 6 years now I’ve been going to Chi Wai Kung Fu! A few years ago I achieved a lifelong ambition to become a Black Belt in Kung Fu. Now I’m a second Dan and a brown belt in Dacayana Eskrima as a bonus!

Chi Wai is great, my whole family go there 🙂
My two boys started when they were little and now are both black belts. It’s done them a huge amount of good, it’s far more than just self-defense (and that’s important by enough to justify it). They’ve learned respect, discipline, control, confidence and a positive attitude founded in the fact that they’ve worked hard at something to achieve their goals. 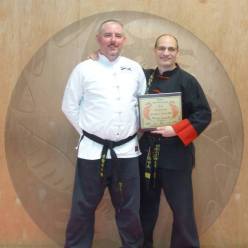 Not always achieving first time, but through persistence and hard work they’ve got there in the end! There’s a saying that a “Black belt is just a white belt that never gave up”, that’s something they’ve learned from Chi Wai.

My wife even does Kung Fu, and is heading towards her black belt this year. As a result I’m running out of wall space to hold all of our certificates. I’m also finding home practice sessions hurt a lot more!

The Chi Wai system mixes traditional kung fu with practical self-defence including weapons and group
attacks. Because the club has a full time dojo there’s lessons for separate age groups every day (except for Sunday, even ninjas need a rest).

It’s a great family run club with a genuine family atmosphere. It’s friendly and welcoming and manages to keep that positive environment consistently. A lot of that is down to the excellent instructors but it’s also down to the people and families that train there.

It’s fantastic to have a family activity where we can all be at different levels, but all encourage each other and train together as the kids get older. As my eldest son’s gone from little kid to adult sized teenager he’s now fighting with the adults and enjoys putting me in arm locks in Black Belt lessons 🙂

If you’re in the Cheltenham, UK area then get yourself, your kids and your auntie to Chi Wai Kung Fu! You can even ask Amazon Alexa about it:

Or learn how to do the intro bow from my buddy the modelling guy:

This entry was posted on January 18, 2017 by mikemacd. It was filed under junk, rants and opinions, Uncategorized and was tagged with 3d, alexa, amazon, dot, echo, graphics, kung fu.

What do you think? Cancel reply